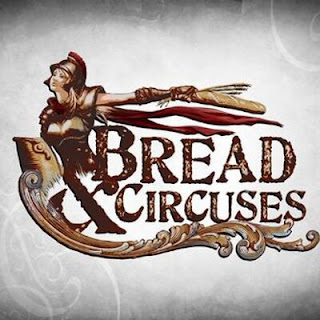 I first met Evans in Dar es Salaam. I was adjudicating at the finals of the “Musical Crossroads”, a competition bringing together the best young musical talent from all over southern and eastern Africa. Evans played the bass and sang in the winning group from Malawi. They won the first prize, a tour to Sweden, in competition with the best groups from all over Africa. Later I had the joy of hosting him and the group in Rättvik as they performed around the country to full and enthusiastic crowds.

Now I meet him in Johannesburg more than ten years later. He is still the kind and intelligent man he was, but the story of his life has caught up with him; he is not a celebrated international artist any longer. After the return to Malawi the group encountered various problems and had to fold. Evans worked as a business consultant, but times were bad with global recession and he was forced to, as so many before him, try his luck in eGoli. From being a celebrated international musician when I last saw him, he is now one of hundred of thousands of more or less illegal immigrants scraping a living in Johannesburg’s nether regions. Evans is trying to make a living as a painter. “I am one of the 10 best, if not the 5” he says and grins. It is hard not to believe him. But his eyes aren’t smiling.

The world Cup is drawing to a close and even before the final whistle the country can proudly look back at its achievements. The big worries have eluded the arrangers; no major security concerns nor crime incidents, in fact it seems like the crime stats are down during the games due to the large police presence. The practical and technical side of the hosting has worked rather flawlessly and the goods always delivered with a friendly and sunny African smile. Africa has achieved what many didn’t believe; there should be reasons for celebrations.

But Evans isn’t celebrating. His perspective is another one. In 2008 xenophobic violence flared up around the country and now he is fearing it will return as the attention shifts from the World Cup to the great challenges of daily life faced by almost all South Africans. The time of the circus is coming to an end and now the people will need bread to be kept from revolting. Or they will vent their frustrations on people like Evans; hard working and – in the small scale - relatively successful immigrants who are the most obvious target for this kind of violent reaction.

Evans tells me the story of how he was spotted and targeted at his work as a foreigner. And one evening on his way from work he had this man behind him who started running after him. Evans started running as well and the man behind increased his speed. Evans now ran at full speed and realised he had to do something drastically. He always carried a small version of the Bible in his pocket and he threw it on the road. It worked, the man who followed caught the bait apparently thinking it was the wallet. But the next morning Evans went to his devastated employer and said he had to quit.

South Africa has delivered the World Cup Circus and delivered it successfully. Now, how about the bread?

The country has showed the world what it is capable of. It could definitely do the same thing in its delivery of the basic goods to its people. It has the resources and the capacity, but does it have the political will?

The ball is still spinning. And it will bounce back to our own court. We, as the world community, have the resources and the capacity to feed the multitudes. But do we have the will?

Will the World Cup serve as yet another circus of distraction that prevents us from tackling the real problems? Or can it help us see where the possibilities of cooperation lie and where the focus needs to be?

Man does not live on bread alone, not to mention circus alone. What we need is a totally new way of seeing, a new spiritual approach to very practical bread issues.

The successful teams in the World Cup have been the one’s where spirited teamwork, not individual brilliance has taken precedence.

Could this Cup help us see the way forward for all of us, and the spinning ball we co-habit?
English Football Music Sociology