The staff walks on. It has travelled in my friends Anders Claesson's and Peter Elmberg's confident hands, along lake Vättern and via Jönköping up into the Southern Swedish Highlands. The rain – and indeed the "Class 1 - warnings" from the meteorologists – have kept on showering this summer, but the reports from the walkers have been sunny and warm.

Maybe it is one of the big paradoxes for us walkers to meditate on: when you are in the flow on the path, in the proximity of Nature – or maybe even better  in communion with nature - you are able to receive a rainfall as a blessing rather than as the curse we often perceive when we sit indoors in our safety looking out.
*
I have travelled up to Dala-Floda to give attention to house and family. But I have to admit that the walk is nothing you leave behind as you would a wet raincoat. I am still very much in that energy, and the desperate cries from the garden to be seen and attended to, calls I any other summer would find hard to ignore, I now give a cold shoulder rather unfazed.

I surely wouldn't feel totally free to invite friends and neighbours to a garden party, let alone a magazine to do a ”home and garden-feature", but so far I have succeeded pretty well to shrug off the loving remarks from the other family members for this summer’s lack of gardening initiatives. I have instead spent a few days at the family’s ”fäbod”, the little traditional hut in the forest where our ancestors would go over the summers in the semi-nomadic lifestyle of yesteryears. That feels OK for now. The soul is not yet ready to settle. I have to stay in quarantine on the ”fäbod” still a while…

The blue mountains serve as a temporary screen, embracing and defining, providing temporary safety. But their blue veils are at the same time urging me to seek what lies behind.

On my way home through the forest after a sharp bend on the small gravel road I all of a sudden see three cars on the wayside. They stand so close I first think it is an accident and I stop, pull down the side-window and ask the group of people moving around the cars if I can offer some help. Three kind, but a bit lost and bewildered faces look in through the window. None speaks Swedish or English but I reckon they understand my good intentions cause they respond eagerly with similarily positive bodylaguage and gestures.

But yes, they know one Swedish word:

They look inquisitively at me. I open my empty hands and shrug. It is no year for blueberries this year it seems, and they respond to my gesture with a similar motion. I try to explain that it probably is still to early for blueberries, but I am not sure I am understood.

It is peculiar with human communication. You can read out a lot from so little. And so fast. With or without words. But most important is the will to understand. You always will see what you want to. The manuscript of the so called reality that is played out on your retina is written before the film is rolling. We are the scriptwriters of our own lives. That is exciting and challenging. And really leaves no room at all for blaming somebody else. No one else has access to the writing of the script. We can always change the script. And we do all the time. As long as we live we develop and all the time we change the script. But we are all the time responsible for how we choose to see the world and it is that will that creates the world we perceive. The light is not going outside in, it is projected inside out, not only on the screen on the local cinema but also on the cinema of life.

Already the way they parked their cars and the way they press their heads through the side-window tell of a culture where the private sphere is a lot smaller than we are used to. Translated into Swedish body-language it is very easy to misread. There was no ”car-accident”. As little as their attitude is ”pushy”, ”invasive” or ”offensive”. We see what we choose to see. That sets up and creates the whole story.

”Where do you come from?” I ask. No one understands. But after a bit of sign language they get it.
”Bulgaria!”
”Hmm!”

I think of Wille Thoors, the fiddler, wizard, and fellow Malung-musician, one of the true originals that I have had the pleasure to meet. He glady and often spoke about  his travels through Europe with Romani orchestras. If I only had had a fiddle and could have played some gypsy melodies, the fellowship would have been total. If Wille’s stories were anything to go by I would be invited for food and lodging and they would have offered me to their daughters…

The most important thing is how you choose to see. But thereafter it is important to have an instrument to play on. It could be the language, but not necessarily. It could be really anything and if the will is there the instrument will appear in your hand pretty immediately. Of course I know of no better instrument than the music itself and maybe it is the image of the ultimate means of communication; the preferred means of expression for angels and spheres alike. For us to practice on down here in the valleys of death. Irrespectively of what instrument we try to play.

I get at flash-back from my time in South-Africa during the eighties. The country was virtually totally segregated between black and white and the all-inclusive racial war was imminent, yes had already started in certain areas. But in this polarised environment the music gave me a passport to the townships, a protection of sorts in all the vulnerability and a language that allowed me to share everything essential with those whom I did not share a common spoken language. It was a language that gave me a feeling of significantly greater fellowship and communication with those I did not share a spoken language with, than with those I did.

They look a bit pleadingly in to the car. They are at the mercy of wind and weather in a world they do not know, a world they have no experience of, where they try to survive. They have been enticed to come to the other corner of Europe, to a far, foreign forest. Not unlikely is the stomach, as well as the petrol tank and the wallet, starting to run on empty. And no blueberries in sight despite of the promises. And now they stand here and gaze into my car.

I quickly call to mind other groups who have travelled hungry through this forest, the ”finnforest” which already in the 16th century was populated by hungry immigrants. I think about those who are here now and those who are about to come.  Down in the valley I saw the first Somali immigrants ever. They will by all likelihood become more numerous. Sweden has previously not accepted passports from relatives to Somali immigrants as the land has ”collapsed” and their passports are not deemed valid by our authorities. But now they have opened the door to allow DNA-testing as a way of proving ties with already immigrated Somalis. Outside the Swedish embassies of Kenya and Ethiopia and other countries where refugees are gathering the queues to the DNA-tests are long.

I think about the connection with The Path’s two first themes: Environment and Integration. Somalia is topping the list of ”Failed states index”, a classification of the collapsed or collapsing states of the world. Not surprising the list is topped by 5 countries in or around the Sahel-region; Somalia, Congo D.R., Sudan, South-Sudan and Chad. A spreading desert in combination with growing populations can not lead to anything but a political collapse. Also the piracy outside of Somalia’s coast has an environmental cause. The local fishermen who previously were enjoying fishing in one of the world’s richest maritime havens have been pushed aside by big international fishing-fleets who vacuumed the seas and seabeds of its marine resources. In the wake of a collapsed state and with no more fish to catch the small local fishingboats are left with with few other options to make a living than to try to catch the big ships instead.

Maybe not totally illogical, if even immoral.

I am thinking about how to end this blog-post. By writing that I close my car window and go down to the village to buy cheap immigrant-food to still my own hunger?
Or by telling about the farewell from my new Romani friends in the forest, the joy of our tête-à-tête and the feeling of a common path and purpose despite it all?

It feels like the end of the story can not be told because it has yet to be written. The manuscript is still under construction. We all choose the ending. And – there is only one who can write the script of your life – you! And at the same time, it is the only script existing and the only script that ever existed. 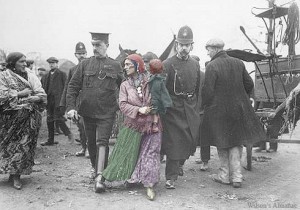 We can decide if there will be a happy ending here and now. We have that possibility – yes indeed, we have no other choice. 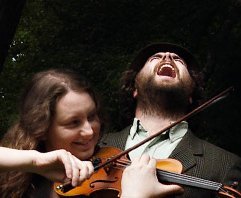